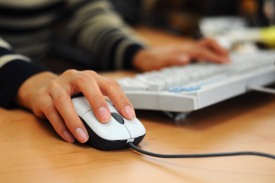 Shrum Insurance Services is an Independent Insurance Agency representing many different companies to meet insurance needs. We carefully selected our carriers to provide you with the best level of service, price, and coverage.

Our goal is to educate and service the Hendersonville, Tennessee community and throughout the state of Tennessee. Through our independence, we strive to educate the community on the best options for their insurance needs. We can provide an assessment of your insurance needs with a choice of which package fits you best.

We are dedicated to providing our customers in Tennessee with the best coverage at competitive rates. Just make one call to our agency, and we can shop your coverage through many top-rated companies. With our professional staff, we can be your liaison with the insurance carrier in the event of a claim.

We want you to have a positive overall experience with Shrum Insurance Services. Our one on one service approach is our #1 goal for all our insurance clients. Give us a call at 615-822-7680 or contact us through one of our quote forms, and we'll be happy to answer any of your insurance questions. 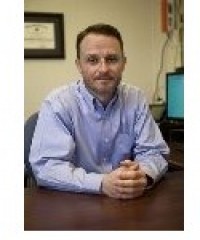 Email Travis Shrum — Principal Agent
I love what I do and I dislike the notion of being a “salesman”. That’s why I have always focused on customer service. So here are some quick things about me.
I served as a United States Marine from 1991-1995. My primary MOS (military occupational specialty) in the Corp was being a motorman, and my secondary MOS was Security Forces. I had several duty stations during my enlistment.
3rd Battalion, 1st Maines Camp Pendleton, CA
Deployment aboard the U.S.S. Essex
Marine Corps Security Forces - Kings Bay, GA,
F.A.S.T. Company – Norfolk, VA.

I was a Police Officer City of Hendersonville, TN, during the late ’90s. I graduated #1 from the academy. I loved being an officer, but I gave up being an officer when I had an opportunity to open my own business.


I’m an avid martial artist. I started Wado Ryu Karate when I was 13 years old and received my 1st black belt when I was 18. I took a break from martial arts while I was in the Marine Corps, but once I got out of the Marine Corps, I took a position teaching for a local karate school. I taught for 2 years and obtained my 2nd Degree Black Belt in my mid 20’s. Fast forward about 15 years. I got the itch to get back into shape and learn a different style of martial arts. I discovered Brazilian Jiu-Jitsu and have been training in that since 2013. I love to travel around the country to compete; my most significant accomplishment thus far is winning Gold at the 2018 Master Worlds Tournament in Las Vegas NV. Big shout out to all of my teammates and my Professor for helping me win at such a high level.

Random Stuff - Dog Lover- I currently own a German Shepherd, Horses – I grew up riding, and at one time, I use to be into team roping. Motorcycles- Yes, please! I prefer dirt to street, but I’ve done both. Lastly- I’m a Jeeper. I enjoy wheelin and working on my ride.